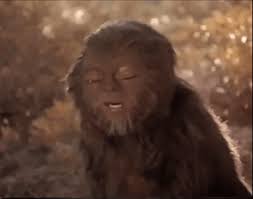 I am in a hurry to write something about a thing I saw in plain daylight on Friday, November 20, 2009 in rural Banks County, Georgia a short ways off of State Route 51 and about two miles north of the tiny village of Mount Pleasant, Georgia. What I saw up there in the woods was strange enough to write you here about it. The details are very fresh in my mind.

My job is to sell low-cost homeowner's insurance in rural counties. Usually, these customers only have rough cabins with wood fire heating (which runs up insurance costs) and cannot be insured by the major companies. My own company takes up this slack.

I arrived on a sunny morning at a very modest cabin in Banks County. It was at the end of a dirt road behind a small stand of trees. Much of the area is forested. I was greeted by a very old woman who told me that she lived alone, but would like to take out a policy on her cabin. I needed to inspect the place and take some pictures, as is routine before offering a contract.

I was walking around to the shed outside when I saw a totally hairy and muscular biped of some sort stacking wood. This thing wore no clothes, but had very long hair covering its entire body. It had a black nose and very large eyes and a mouth very much like a human being, but not quite. It was hard at work stacking wood and did not seem to notice me. I should also mention that it was no bigger than around 3-foot, 5-inches tall, if even that. It was, however, very plump and wide. It made a grunting sound as it worked. It seemed very strong.

I asked the lady what on earth it was, and she casually replied that it was a "woods helper" and that many of the county's old-timer residents had one from time to time to help them with tasks that they were too old to handle. These "woods helpers" only asked for food and some drink. The woman also explained to me that they drank only beer and never seemed to be drunk or disorderly. She said they had been a blessing since long ago to many of the older people in the area. She did not know what species they were. In fact, she did not even understand the word "species," which is not unusual for rural people like her. She said that everybody knew about them, but that not many people liked to talk about them.

I got one more look at the thing before I drove off. It was moving rocks into a runoff ditch this time. It looked like something from a sci-fi magazine or even a comic book. But it was real.

Find out what this small Bigfoot-like creature might be: -----> http://www.whatisbigfoot.com
Posted by Yeti at 4:43 PM 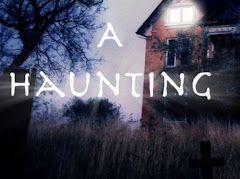